What insects are entomologists afraid of?

Your Name: Jessica
Your message: Just wondering if entomologists feared any insect bug or other creatures with lots of legs? I’m recently freaked out but monster freaking demon camel crickets so pretty much every cricket is a nasty camel cricket to me.

So, first and foremost, I want to point out how much I LOVE this question. It’s our fears that play a big role in making us human, and scientists are human…so scientists get scared of stuff, too. We routinely work with stuff that scares a lot of people, so does it make sense that we get scared of bugs as well?

…and the answer is yeah, there are entomologists who are scared of bugs. It’s a lot more common than anyone realizes, and I’m not sure why people don’t talk about it more often. This is usually a simple phobia, but there are some very legitimate reasons to be somewhat afraid of the bugs you work with. 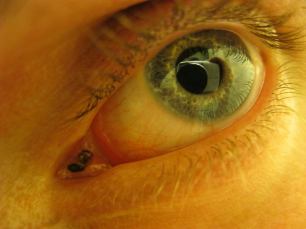 For some reason, this email keeps getting bounced back to us…and we’re not quite sure why that is. Regardless, Nancy wrote out a very good reply that I think should be re-posted here:

Hi! Thanks so much for your question. I think it’s an interesting perspective because I think a lot of people think that entomologists are resistant to fear since we deal with bugs on a daily basis.
However, I know and work with several entomologists who are afraid of other insects and spiders. I have friends who are are afraid of spiders. One entomologist I know, who strictly works in the lab with bacteria, is actually afraid of most insects. My other entomologist friend isn’t afraid of cockroaches but definitely doesn’t like them.
Still many of my entomologist coworkers don’t like snakes as it seems having too few legs is also a problem.
As for me? I pretty much love everything on this planet. They don’t all fit our conventional “beauty” standards but they all look a certain way for a reason. Most of the animals are harmless, and of the ones that aren’t I’ve always found that healthy dose of respect for their space has never led me astray.

I think that’s a really good answer, and it echoes my own personal experiences.

I have a lot of friends who are afraid of a lot of different insects. One woman I worked with in graduate school had a hard time identifying insects for her coursework because she was too afraid to handle them. Another one of my friends, who actually works with moths, is deathly afraid of moths.

So entomophobia isn’t something which really holds entomologists back, because we figure out ways around our fears. A lot of these people were in more laboratory positions, rather than working with live insects. So their view of insect biology looked a lot like this:

If you’re not working directly with insects, you can have all the phobias you want because you don’t have to handle them.

If you speak to someone with these phobias, the reasons some insects make them feel uneasy actually kind of make sense. The moth phobia is brought about by a combination of the flapping motion of butterfly flight, and an unpredictably flying insect coming towards them. This person realizes that the fear is irrational, but how you feel about something and what you know about something are often not as in synch as you’d like them to be.

Sometimes, however, the fear is well founded. There are some insects which are extremely dangerous to work around, but they’re not the ones you think.

As entomologists, we’re pretty lucky to work in relatively safe environments. Our biggest worries are the chemicals we work with, and driving is actually pretty risky compared to our daily tasks. We’re not exactly working with hippos or elephants. It’s not like we risk our lives every day.

That’s not to say that we don’t have some fairly unique on-the-job hazards, however. A lot of entomologists actually become allergic to the insects they work on. Some insects are more allergenic than others, as well.

FEAR ME! I WILL BITE YOU!
LOL, J/K. I don’t even have a mouth.
I might give you the sniffles, though.
Picture credit: Joe Ballenger

Usually, this happens as a gradual sensitization.You work with an insect for awhile, and start to get itchy eyes. Awhile later, it turns into a runny nose. Soon after that your throat starts to feel uncomfortable, and you know you’re in trouble. Sometimes, however, your first sign of being allergic is a full-blown anaphylactic shock. This is rare, but it does happen, and it’s a risk we accept with little thought.

Cockroaches, for example, are the second most common arthropod-related allergy right behind dust mites. Honeybee allergies are also pretty common, especially amongst bee researchers. Beetles and moths also have some well-known allergy risks.

So just by walking into the lab, we accept a little bit of risk with the insects we work with. We know that we might not be able to work on that species until retirement, and some people do have to switch careers because they repeatedly develop allergies to different things they work with. It’s also not uncommon for an advisor to receive a call from a student who had to go to the hospital due to an allergic reaction while working in the field. Many entomologists carry doses of epinephrine for this exact reason, and I’ve recieved training on how to use epi-pens while at work.

When working with insects, there’s no reasonable need to worry about getting mauled by cockroaches or moths. However, you still need to be careful because repeated exposure to insects can make you allergic to them after awhile.

So what about you, Joe?

While in the field or the lab, I’m usually more afraid of breaking equipment than I am of handling a bug. 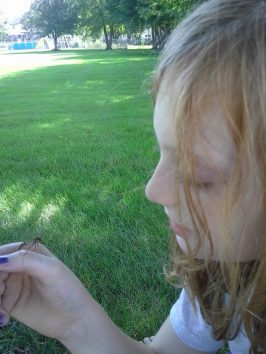 This trait appears to be genetic.
Picture credit: Joe Ballenger

If anything, I should probably admit that I’m probably way too bold when it comes to arthropods. If it’s a bug, and I see it, my hands are immediately on it. You can guess the results of this sort of mentality; I’ve been stung by three species of venomous caterpillars, more bees and wasps than I can count (including a Pompillid on the butt), one species of centipede, I’ve been bitten by an assassin bug, 8 gender/species combinations of dobsonflies, so on and so forth. In fact, in 2012, I even spent three days in the hospital from a black widow bite I received from carelessly handling a specimen.

It might sound like I’m bragging, but the reality is that I’m my own worst enemy in some ways. I used to breed cockroaches to feed tarantulas when I was an undergrad, but I did not believe I needed Personal Protective Equipment because I was unaware of the potential for allergies. Over the course of a few years, I developed a whopping cockroach allergy. It’s so bad that I can let a cockroach walk on me, and you’ll be able to trace where it walked by following the hives that erupt up and down my arm where it stepped. In fact, I demonstrate this whenever I teach a medical entomology class. The demonstration is pretty simple. I hold a cockroach, and then break out in hives 10 minutes later. They’re easy to see in the full size picture.

As a result of these misadventures, I’m a big proponent of personal protective equipment when working with bugs. Whenever someone mentions wanting a cockroach as a pet, I always tell them to get a set of good rubber gloves, goggles and a facemask for cage cleaning. It sounds paranoid, but better safe than sorry.

Yeah, some entomologists are scared of bugs. We’re only human, after all.

Some of these fears are due to admittedly irrational phobias. Other times the fear is firmly grounded in reality, because we do face some fairly unique occupational hazards while working with insects. Honeybees, cockroaches and moths are generally considered the ‘scary’ insects to work with due to the allergy risk.

In reality, we go to work every day just like everybody else. We recognize our jobs are fairly safe overall, and that most of the chemicals we work with are riskier than the bugs we work with. However, working with insects carries some (small) risks…and we definitely appreciate that.

Bee careful out there, guys!

Stanhope, Jessica, Scott Carver, and Philip Weinstein. “The risky business of being an entomologist: A systematic review.” Environmental research 140 (2015): 619-633.

This entry was posted in Behavior, Education and tagged fear, Insect, phobia, Spider. Bookmark the permalink.

19 Responses to What insects are entomologists afraid of?