The Last of the March Mantids: High School Steroptypes!

It’s the end of the month, and our March Mantids theme month seems to have been a pretty big success. It was a lot of fun for us, because we got to talk a lot about people’s favorite bugs.

So to end it, we decided to showcase some of our favorite mantids as if they were high school stereotypes.

Conehead mantises  have headdresses fit for royalty. The male has feathery antennae to help smell the female’s pheromones from long distances.

Read more to see the rest of our list!

The iridescent bark mantis is a favorite amongst many people. It’s unusual amongst mantids, because of it’s unique shiny emerald green coat. Unlike most mantids, they’re not ambush hunters and will actively hunt their prey. 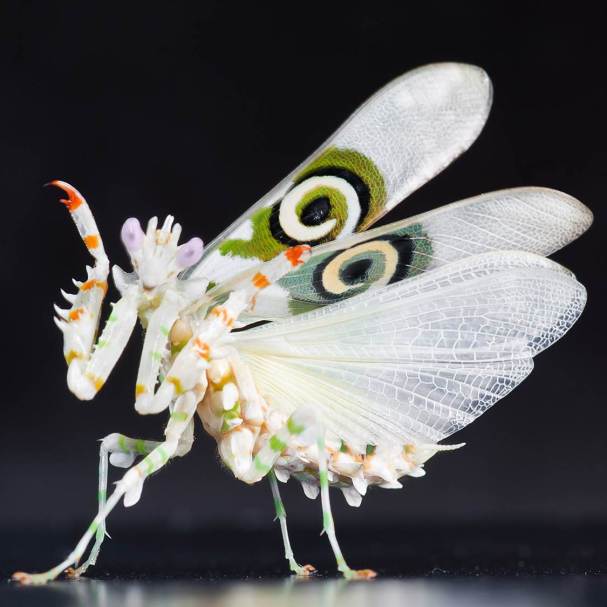 The spiny flower mantis is one of the more popular mantids in the pet hobby. It’s known for it’s threat display, where it spreads it’s wings to make itself appear bigger. There are a lot of memes involving this species floating around.

Bark mantids just blend into their surroundings. They pass through life by being undetectable. Why be spectacular when you can just blend in?

Boxer mantids are aptly named because of their bicep shaped forelegs which they use to decimate their prey.

Devil mantises have brightly colored arms which they use in their threat display. Or they could just be cheering on your favorite sports team. 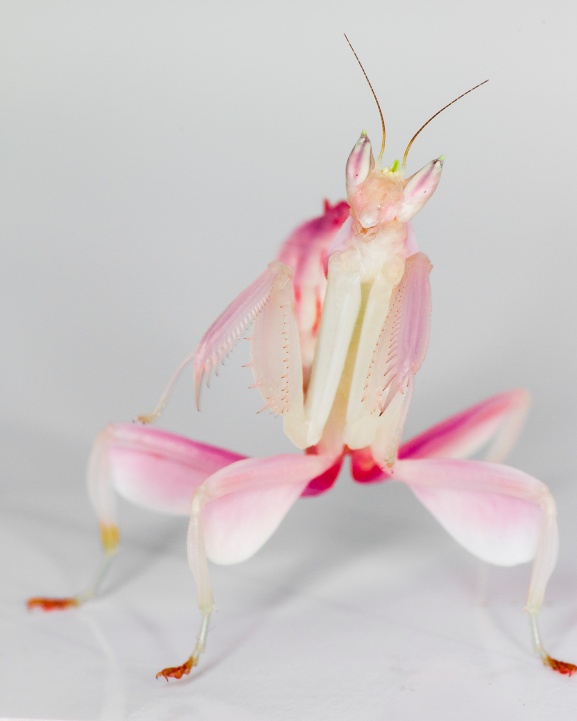 Orchid mantids, while beautiful, may not be all about sharing the love. They are famous for displaying aggressive camouflage: instead of pretending to be a flower in order to confuse predators, they pretend to be flowers to lure prey. They’re exceptionally beautiful insects which have a mischievous streak.

Cutest Couple: Any Couple That Doesn’t End in Cannibalism

Most mantis couples don’t cannibalize their partners, unless the female is really, really hungry. Extra points to this couple for loving beyond their colors.

Some European mantis are green, some are brown, and some of them just don’t know what style they’re into and picked both.

Chinese mantises, and a few others, have been spotted  taking advantage of good feeding sites. In this case the mantis knows the feeder is frequented by hummingbirds and patiently waits to grab one for dinner.

Mantises often mimic ants to avoid being eaten by their predators because ants usually sting. Sometimes it even helps them hide from their prey.

Ghost mantises utilize their coloration and texture to hide, pretending to be old leaves. It also makes them look like they belong in a metal band.

This mantis was found in amber from the Cretaceous period
PC: Grimald, 1997

It’s totally into that band you’ve never heard of. It’s so no into your popular stuff, that it can’t even be placed into modern families. Its activities in the Cretaceous period were probably hanging out with all the cool dinosaurs, you know – the ones you never heard of.

It’s one thing to play an instrument, it’s quite another to *be* the instrument. Violin mantises use their shape to help them camouflage, but are so called because of their general resemblance to the instrument.

The Druggie: Out After Dark

Many mantises have the ability to coat their eyes pigments to help them see better in the dark. Some orchid mantids can make their eyes purple, but most of the mantises in the US, their eyes turn black. It might also have the munchies.

The hooded mantis uses this camouflage to look like leaf, but is reminiscent of the skater kids with their hoodies and fancy sneakers.

Hope you enjoyed our silly little list of mantises! We wanted to thank you guys for joining us on this month of mantises and for contributing your questions!

Hello, I'm the friendly admin for the Ask an Entomologist blog
View all posts by Polistes fuscatus →
This entry was posted in Behavior, Culture, Ecology and tagged If Mantises Were in High School, March Mantid Madness. Bookmark the permalink.