Coming Out of the Woodwork: Worm Shoes, Mayflower II Restoration, and Maintaining Wood for the Long Term

My Dad has interesting hobbies and interests. One such interest is history – specifically during the age of tall ships. Tall ships are those ships that are cruising around in Pirates of the Caribbean.

It was an interest that I was soon dragged into – and while I’m not a history fanatic – I can be convinced to be interested in *most* things. So – one day last week Dad brought me to a lecture at Mystic Seaport in Mystic Connecticut – where three gentlemen talked about the the Mayflower II – a reproduction built from 1555-1957.

Much of the wood is damaged beyond repair so  the ship is being taken apart and restored. During the little tour – I had a chance to talk to Dylan – a Maritime Artisan for Plimoth Plantation – to talk about how they’re protecting the wood from future insect damage.

So let’s start off with the worm shoe.

The keel is the long piece of wood that the rest of the ship’s skeleton connects to.
PC: Nancy Miorelli

Dylan was then nice enough to go around with me and show me all parts of the ship yard. We even got to go inside the Mayflower II and take a look at the structure.

Watch our FB live below! To learn all about it =)

Dylan starts us off by talking a bit about the history of the Mayflower II. The original Mayflower brought pilgrims to Massachusetts in 1620. In the 1950’s after WWII, a few people from England and Plimoth Plantation collaborated on the construction of the Mayflower II together. It was a gift from England and represented the alliance between the US and the UK. Now – 60 years later – the ship needs some major restoration. So they’re replacing about 60% of it and then putting it back together. This process is not fast.

Besides the worm shoe, there’s a few other things that could be done to protect the wood.
The first is – choosing your wood wisely! Most of the structural parts of the ship, especially below the waterline, are built out of very hard wood including several different types of oak. This hard wood is just more difficult for insects to munch through. Most soft wood on wooden ships like the Mayflower II is above the water line. Pine, fir, and spruce can all be used for various parts of the ship like planking, decking, and even the masts and other aspects of the rigging. The soft wood doesn’t weigh as much which is critical. Making sure your ship up top is as light as possible, is of utmost importance.

You’ve got a 120 feet of rigging up there. You don’t want added weight to encourage it to topple down.
PC: Nancy Miorelli

Live oak – a beautiful tree that I got to see much of the time during my stay in Georgia – has giant branches that bend and curve. The wood, as a result from this is very strong it forms a twisted, irregular, grain that is very hard. Also – it causes the tree to grow in crazy shapes which is good when you’re trying to carve curved pieces for a ship hull. 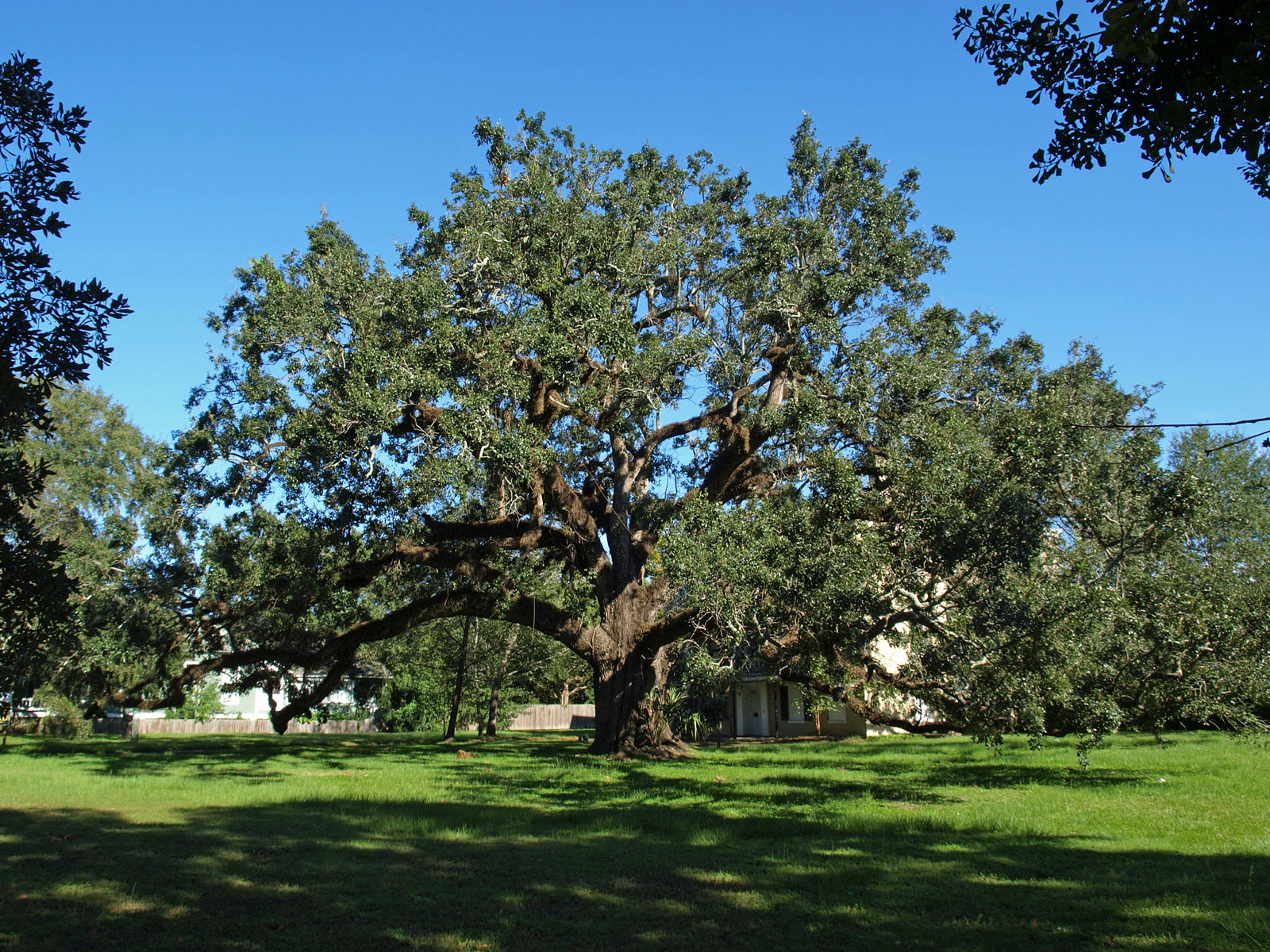 The wood is treated with a host of chemicals before it’s even put into the ship. Some of the oak came from Denmark so it had to be thoroughly treated and clear customs before it could be brought over and used in the project. Commercial treatment uses a wide variety of chemicals and which treatment is used can vary between the applicators, states, and countries.  After the wood is treated, it’s left to dry. Wood should be dried a year for every inch of thickness.  This allows the moisture content to be reduced at a controlled rate, preventing serious structural damage to the wood fibers which makes the wood more sturdy for construction than if it were green and freshly cut down. The process of air drying the oak combined with the various chemicals applied; create a protected environment for the wood which helps control insect and fungal damage.

Some wood is also treated with shellac. Shellac originally came from the Lac Bug in Thailand but other types of shellac including water based and acrylic lacquers are now on the market. The ends of the logs are treated with Anchor Seal , a wax based product used to help prevent checking as the wood dries. This can also protect against insect damage, water damage, and fungal damage to the end grain of the wood. Sodium borate, or borax, is applied to wood left out to the elements as a thick powder. Borax is safe for humans and is often used in cleaning products, but does a number on insects and other microbes. This is why it is sometimes used for pest management. 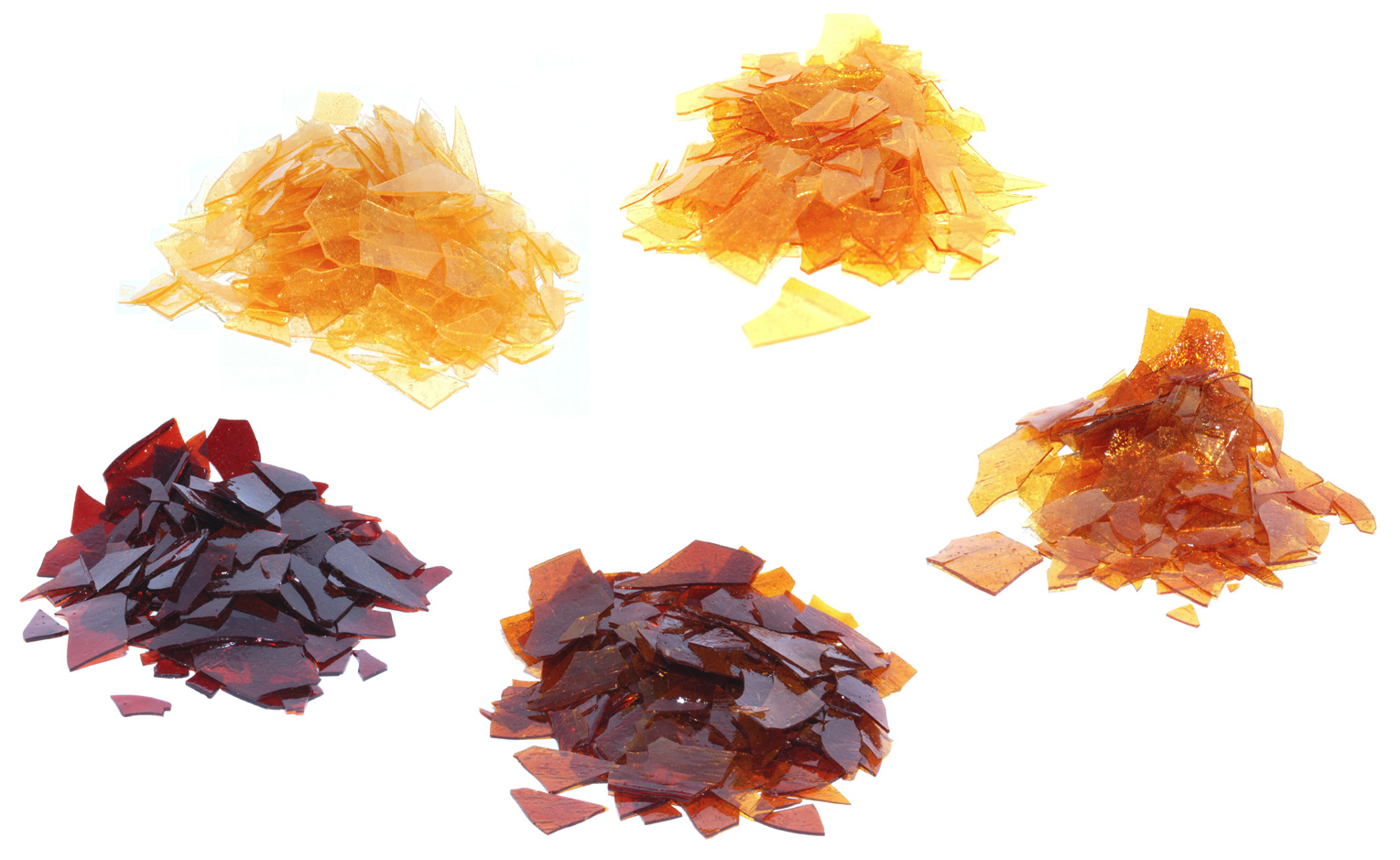 Shellac comes in various colors! And is produced by the Lac Bug
PC: Nuberger 13 (Public Domain)

Restoring a historic ship such as the Mayflower II is time intensive, labor intensive, and material intensive. Therefore, it’s of utmost importance to protect the ship and the materials your using to ensure the longevity of the ship. Some techniques are old – like using a worm shoe – while others are more recent such as chemically treating the wood to protect against pests. By the Spring of 2019, the Mayflower II will be back to her former glory!

You can watch the reconstruction LIVE here:

Opens in a new window

You can ask Dylan questions by following his Instagram.
You can follow some more ship building from Matthew – another mater builder.
You can check out Mystic Seaport and what other projects it has going on too.

Nancy  is currently living in Quito Ecuador.
She supports her science communication endeavors by giving guest lectures to universities and ecolodges around the country. To further support her endeavor, she sells ecofriendly jewelry featuring ethically obtained jewel beetle shells and a sustinable palm seed called tagua. Check out her ETSY store.