So You’re In the Tropics, Named a New Species Yet?

The short answer is “No.”
The long answer is “No.” but with with a bit more explanation. The first is that I’m a communicator, an ecologist, and don’t have a lot of the proper equipment.

Have I seen a new species to science? I have absolutely no doubt. Did I know it was a new species when I saw it? No, probably not. There’s just so much diversity here it hasn’t even been quantified.

Our moth sheet in Ecuador. So yeah there’s probably a dozen or so new species on it. Anyone want to look at really tiny brown moths?

For example. There’s about ~20,000 species of butterflies in the world. Ecuador has close to 4,000 butterfly species. Maqui, the reserve that I’m in, has close to 200 butterfly species. So our one little 6,000 hectare (15,000 acre) reserve has 0.5% of the butterfly species of Ecuador!  And that’s just butterflies – a big charismatic group that has a lot of identification work in it. Beetles, moths, and little wasps on the other hand are a whole nother animal(s). There’s a lot more of them, an there’s a lot more little ones, and a lot more that live in tropical areas that are hard to get to.

I’m Not a Taxonomist

Nope. I’m a communicator and an ecologist. I study big picture things – how organisms are working in the environment and how they interact with each other. Taxonomy is studying evolutionary relationships, placing organisms into nice categories like families or species, and naming new organisms.  I definitely have an interest in this, but it’s not my specialty.

I took a taxonomy class for my Master’s degree, but even in that class we just identified insects down to family and not down to species. So while I’m pretty good at telling you that your insect is a beetle, and a click beetle at that, I probably couldn’t tell you that it’s a Semiotus bispinus. 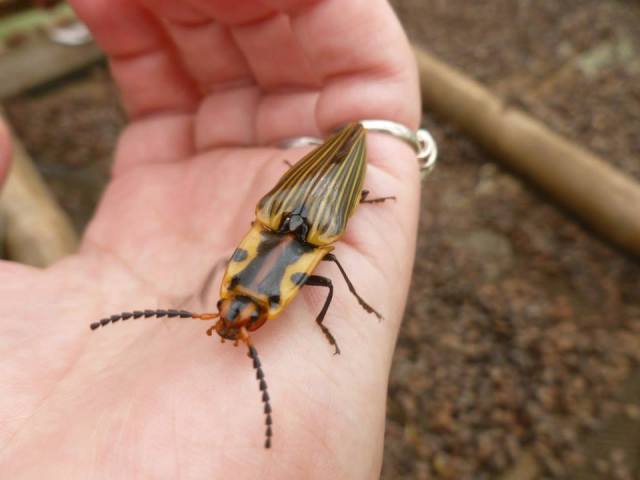 Semiotus bispinus probably. But there are several other similar looking species.

Even If I Were a Taxonomist

There’s just too many bugs! We’ve talked about it before, but there’s just no way that one human can know all of  58% percent of the known biodiversity on the planet. Try memorizing 1,000,000 species. It’s just not possible for one human brain.

Professional taxonomists can’t do it either. They’re not (yet) superhuman. That’s why they specialize in one group. I have several taxonomy friends that help me out a lot but each one specializes. One focuses on beetles.  Another focuses on fly taxonomy, and another focuses just on millipedes, and another just on wasps. Another on ants, and yet another on katydids. Within those groups, they specialize even further. Morgan studies a small family of stilt-legged flies. Miles studies parasitic wasps. Tommy studies little tiny brown monotomid beetles. Derek works on millipedes (they need a lot of work).  Alex Wild not only takes great ant photos but can tell you anything you want to know about them. Piotr Naskrecki will show you the beauty of katydids and then tell you all the cool stuff about them. There’s of course like a billion people I left out who all have their specialties. (Message me, I’ll put you in the list. I appreciate you taxonomists!)

If you ask any of them how they do it, they’ll respond with lots of time hunched over high powered microscopes and probably dissecting out genitalia. (I don’t have access to high powered, sensitive to humidity, mold, and dust, in the rain forest. For obvious reasons.) 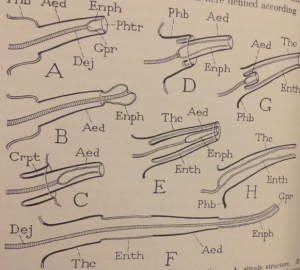 Snodgrass even can help you know what kind of bug genitalia you’re looking at. Thanks bro!

And we’re all pretty good at general family level ID’s. But if you ask a beetle person about an obscure genus of moth, they’re most likely going to respond with, “¯\_(ツ)_/¯ .” Or subsequently a moth person about a katydid genus, and a katydid person about a millipede genus, they’re all probably going to respond with “I’m not an expert in that field, but here are some places of people to talk to.” This is what makes sites like BugGuide so successful! All the experts are lurking around just waiting to ID the critters. There are a few people like Doug Yanega and Floyd Shockley who seem to know just about everything. But they’ve had a long time and a lot of practice (and maybe are superhuman).

I’m not an expert in anything, so with the exception of a few token species, I’m also likely to respond with “¯\_(ツ)_/¯” when asked because I really just don’t know. Especially in Ecuador, one of 17 megadiverse countries and one of the top 5 biodiversity hotspots. There’s just not many good references. I’ve gotten pretty good with local butterflies since I have a good book for them and Andreas Kay runs a wonderful Flickr account, but everything else I feel pretty useless. 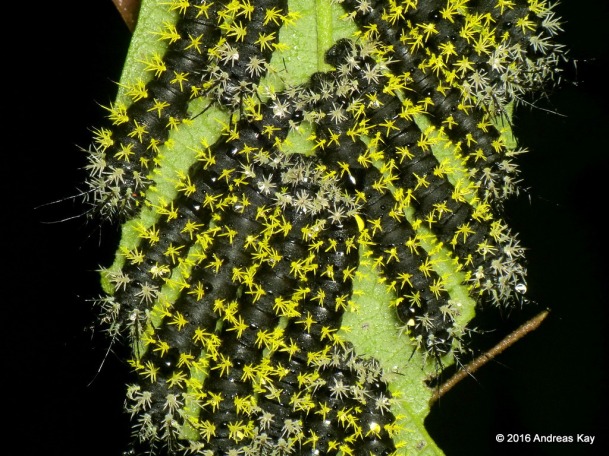 And don’t even get us started on larva or caterpillars.
PC: Andreas Kay (CC BY-NC-CA 2.0)

Have I seen a new species to science? I’m sure!
Did I know it was a new species to science? No.
Since I don’t have a specialized knowledge in any group, I can’t look at something and say “That looks special or different.” And so I have no red flags to go off to possibly catch it, or take pictures, or send it to someone. I don’t even know who I’d send it to since getting import and export permits are difficult. For some reason no one wants potential insects getting loose and eating all their crops. 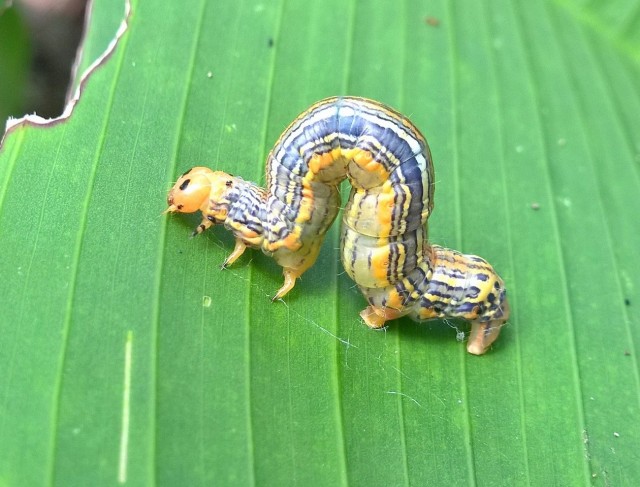 I promise I won’t do *much* damage. *Evil grin*

No I haven’t discovered a new species despite my year of living in the rain forest. I’m an ecologist and not a taxonomist. I can tell you generally what bugs are, and their function in the ecosystem, but I can’t tell you down to species without a book or someone who knows what they’re talking about. But maybe one of you lovely people wants to come out, look at a moth sheet with me, or dig through a dead log, and help put names to the vastly ignored insect groups. 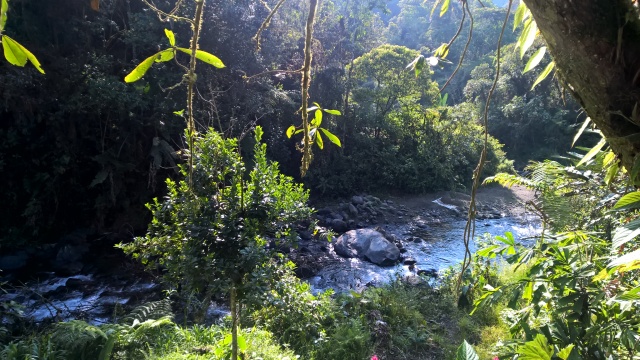 If you come help, you can live here! Not a bad trade off I’d say.

2 Responses to So You’re In the Tropics, Named a New Species Yet?